The Academic Impact Index of Asia University is ranked No. 6 in Taiwan

The Ministry of Education published the 2019 Category Normalized Citation Impacts (CNCIs) of Taiwan Universities. Asia University (AU) got 1.038 CNCI points, above the global average, which shows that the research energy of AU has reached the global level and is ranked among the first class of Taiwan Universities under the leadership of President Jeffery J. P. Tsai.

The dean of R&D of AU, Prof. Mei-chin Yin, said that the literature citation is taken as an important article index of which the CNCI is an example. The CNCI is calculated based on the number of papers published by each school in the academic field and the number of times the paper has been cited. The world average level of the CNCI is set to 1, and a CNCI point greater than 1 means that the influence of academic research at a university or research institution is higher than the global level.

It is going to be 20 years since the establishment of AU. In the 2020 THE ranking report of the best young universities in the world, AU enters the list of top 200. Accordingly, AU is ranked No. 1 of the private universities in Taiwan because of the outstanding performance of AU. The President of AU, Jeffery J. P. Tsai said that AU has established school-level and college-level research centers such as the centers of Artificial Intelligence, Precision Medicine, 3D Printing, Prevention and Treatment of Internet Addiction, Fintech and Blockchain Technology, and Innovation and Circular Economy to promote the research atmosphere of the teachers.

President Tsai emphasized that with the support of the founder Chang-Hai Tsai and the board of directors, AU will recruit top international scholars, increase cooperation with international universities, and strengthen academic research, patent research, and industry-academia cooperation, with the goal of “cultivating cross-area leaders” to improve AU to be a world-class university. 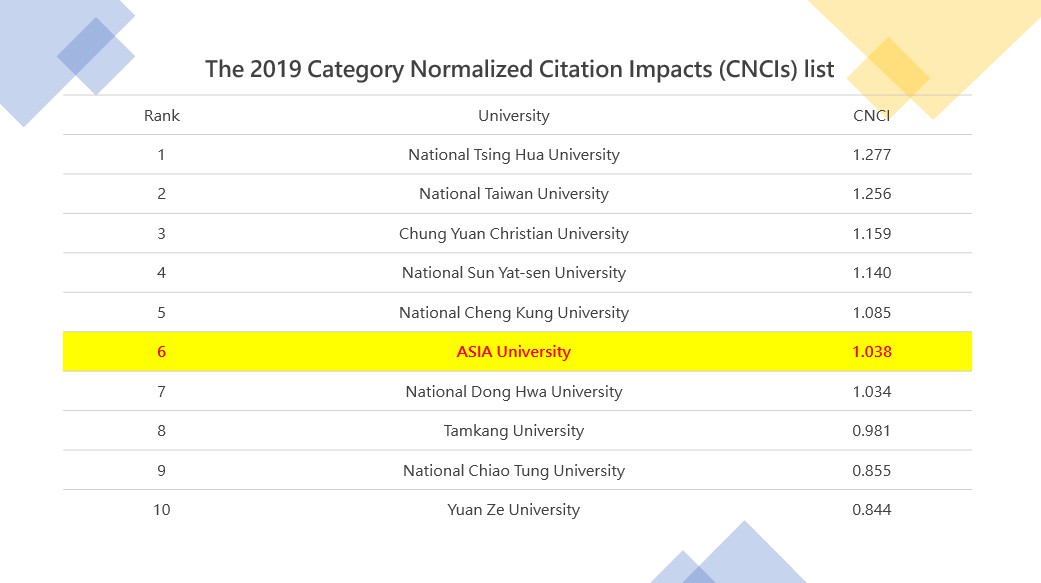